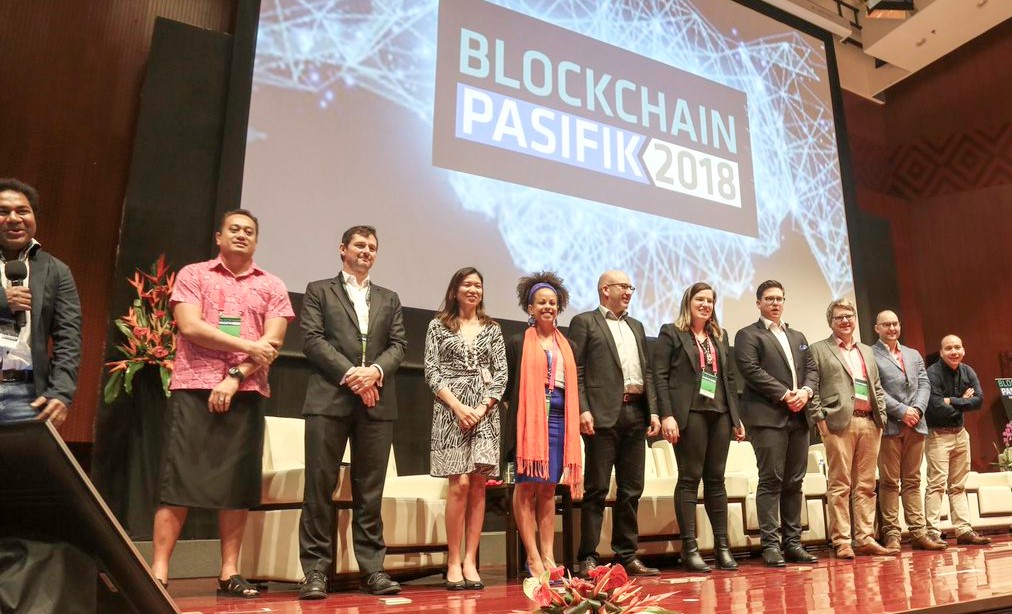 Over the next few blog posts I’ll share my experiences with blockchain – it’s been a crazy ride over the last year!

To kick that off, here’s a post I wrote recently following the Blockchain Pasifik Conference which was published here – http://www.icdp.com.au/2018/10/25/blockchain-in-the-pacific/

Like in many major capital cities around the World, blockchain (distributed ledger) technology has gained a strong following in the Pacific.

Port Moresby, PNG, played host to the inaugural Blockchain Pasifik conference from October 11-12 where a good number of international and local participants came together for the event which was hosted by the co-Founders of PNG startup, Coin-sure, Rex Paura and Nou Vada, together with a great organizing team and sponsors, especially the Australian Government who supported this through the PNG-Australia Partnership. The conference had speakers from PNG, Australia, Fiji, New Zealand, Philippines and Vanuatu, who all shared their experiences with blockchain in their respective countries.  This is the second such conference in the Pacific Islands this year following the Regional Blockchain TechCampwhich was hosted in Suva, Fiji, in April.

The 2-day event was preceded by a Blockchain Briefing for Parliament session at The Stanley Hotel which was opened by Hon. Sam Basil, PNG’s Minister for Communication, Information Technology and Energy.  There was a good representation of PNG Members of Parliament (MPs) in the audience who took the opportunity to share their thoughts and questions on the use of the technology.

It is very difficult to regulate something that you do not understand and so this was an excellent initiative to include lawmakers and decision-makers. This is particularly relevant in the PNG context given a recent advisory by the central bank warning the public about cryptocurrencies and that there is a Bill before Parliament for the declaration of a blockchain-focused Special Economic Zone (SEZ) in Finschhafen.

Opportunities to engage lawmakers and decision-makers in the Pacific about blockchain technology and cryptocurrencies is important given that many people already associate blockchain with only cryptocurrency applications whereas, as the conference demonstrated, there are many other use cases for it.

One of the many exciting aspects of this event was the Blockchain Pasifik Junior Challenge which saw teams from 4 high schools in PNG explore, ideate and develop paper Proofs of Concept (PoC) for the use of blockchain technology for real world challenges.  The challenges they tackled included land title registry, carbon emissions trading, identity registration and a national cryptocurrency pegged to the local currency; the Kina (PGK).

Despite the short timeframe, the students had to work hard on these challenges and pull together whitepapers for these PoCs together with their mentors. They did commendably and presented each concept well in front of MPs and the audience that were gathered.  All of the concepts were a little rough around the edges but the solution they were projecting was clear.  Whether or not these PoCs progress further does not really matter, the biggest win coming out of this is that these high schoolers were exposed to the promise of blockchain technology and got an opportunity to develop their problem-solving skills by applying what they learnt about blockchain to challenges they were already familiar with.

There were so many great speakers and presentations!

I found PNG national Ira Warner’s presentations on Blockchain and Cryptocurrency 101 very good and informative.  I have seen many explanations of blockchain, but Ira found that sweet spot with his presentation and used examples that really made the concepts clear for the audience – many left with a much better understanding of, and the difference between, blockchain and cryptocurrency.

The RMIT’s Blockchain Innovation Hub team presentations on Institutional Cryptoeconomics and their research into the future of blockchain technology was very interesting and informative.  Rosa Thompson from ConsenSys presented some of their very exciting work in the Pacific region, especially regarding their efforts in the Philippines to get financial services to the unbanked.  Jonathan Ewing from Power Badger in New Zealand provided an amazing presentation into their cryptocurrency mining operations and work in the energy sector.  Sandra Uwantege Hart from Oxfam based in Vanuatu spoke of their work in humanitarian cash transfers and the work they are doing to assist Vanuatu nationals from Ambae island displaced by the volcanic eruptions on their island.  Chee Rono from the ADB spoke on their work in Fiji towards a land title registry and leases on the blockchain which was very informative and impressive at the same time.  David Davis from AgUnity presented some of their amazing work in food supply chains in the Pacific region.  Of course, Nou and Rex’s presentation on their Coin-Sure journey rounded off the presentations with an excellent local story.

I was invited as a speaker and panelist to share my journey with TraSeable Solutions in Fiji, where we have been working with blockchain technology for seafood provenance and traceability for over a year now.  It was an opportunity to look past all the hype and speak to the realities of trying to implement the technology on the ground in a Pacific island stressing the difficulties that may be encountered.

From my experience, there is a lot of academic talk about the potential for blockchain in the Pacific and not many actual implementations with real lessons learned and shared.  Implementing any type of technology can be challenging anywhere, more so in the Pacific, and it takes time given the unique stages of development that countries are at, their different priorities, the capability of their national infrastructure, and their access to people and resources to support such technologies.

One thing you hear quite often when it comes to blockchain is the ability to “leapfrog” development stages.  For many industries in the Pacific, like fisheries, paper is still king and while that is slowly changing to digital it can be quite a task trying to leapfrog that whole digital transformation that’s necessary for technologies like blockchain to gain a foothold and grow.

At the Global Access Partners (GAP) 9th Annual Economic Summit on Digital Trade held at the NSW Parliament House in Sydney in September, a speaker commented on blockchain technology and rhetorically asked whether the focus on emerging technologies like blockchain was diminishing the focus on what should really be the priority (in the Pacific) – digital transformation.  That is an important question and one we should always ask ourselves – what are the real priorities in the Pacific and where should we be focusing our limited resources and effort to maximise benefit for our countries and its peoples in the future. 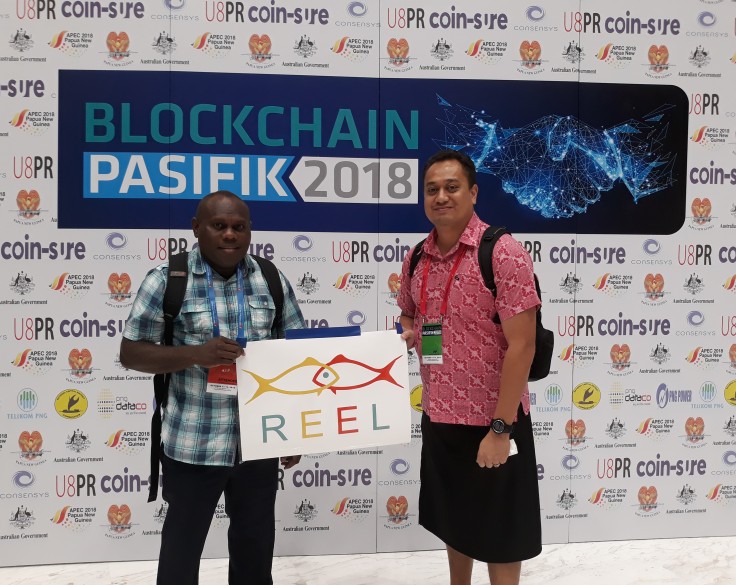 A personal highlight was meeting fellow fisheries startup entrepreneur, Douglas Vavar, of REEL Limited who are looking into coastal fisheries supply chains and opening up access to local and international markets for seafood caught along PNG’s coasts.  Douglas was one of the few entrepreneurs that took the opportunity to display his logo at the conference venue and to actively network with participants to find support for his early-stage startup.  It was great to meet someone tackling the challenges in fisheries and I extended TraSeable’s help to their efforts.

Overall, a very successful conference with some good lessons:

2 thoughts on “Blockchain in the Pacific”