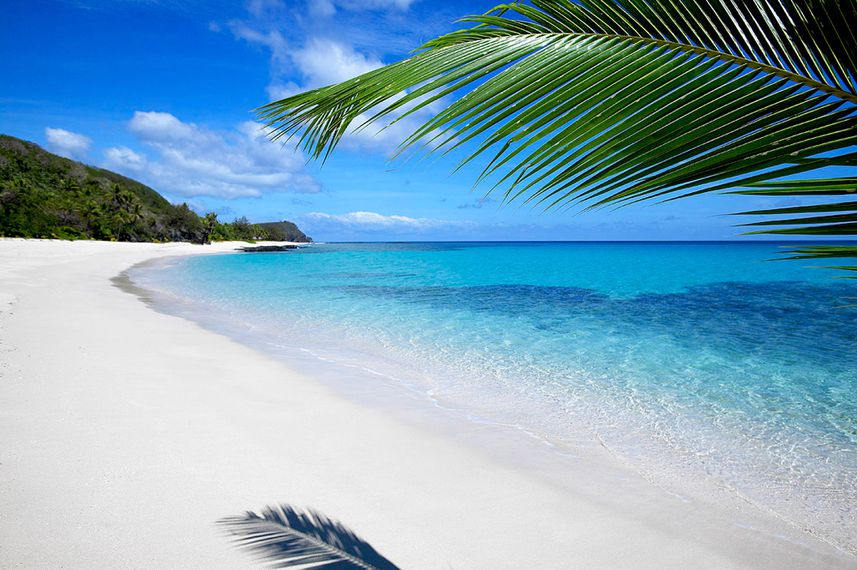 This piece was first published by the International Center for Democratic Partnerships here – https://www.icdp.com.au/2019/11/25/blockchain-potential-in-the-pacific-islands/

Thinking of the Pacific often conjures up images of an idyllic tropical paradise with happy, smiling people in laid-back settings where time almost stands still. So, it may be surprising to some that the Pacific is the testing ground for some very interesting use cases of blockchain technology.

In this 2-part series I explore whether blockchain is the right technology for you to use and what we can learn about some of the real blockchain projects happening in the Pacific.

For the past 2 years I’ve written about, advocated for, and spoken of the application of blockchain technology in developing Pacific countries at numerous national, regional, and international events. Recently together with my friend and fisheries expert Francisco Blaha, I co-authored the United Nations Food and Agriculture Organisation’s (FAO) first study on the application of blockchain technology in seafood value chains which is expected to be published shortly.

Through the Australian-funded Pacific Connect program I’ve been fortunate to share my experience in the Pacific and Australia with blockchain technology. I spoke at the Blockchain Pasifik conference in Port Moresby, Papua New Guinea a year ago and more recently facilitated blockchain introductory workshops in Honiara, Solomon Islands and Suva, Fiji sponsored by Pacific Connect.

My advocacy for blockchain is rooted in a few personal beliefs.

Firstly, unlike many other technologies before it in recent history we in the Pacific have an opportunity to get in early on a decade-old technology like blockchain. It’s an opportunity to research it, test it, apply it, and build a firm understanding for ourselves of what it offers in our development context.

Secondly, as Pacific Islanders I firmly believe that we have the keys to the solutions of our problems. To outsiders it may not seem like it sometimes, but we all know there is a Pacific way of doing things. Applying technology solutions must consider the realities on the ground and who better to learn that from than the people on the ground.

Finally, in the Pacific we have an abundance of natural resources and a great need to maximise the economic return from it in a sustainable way for our future generation. Anything, be it technologies like blockchain or something else, that helps to do this can only be a good thing.

For many, the question remains – is blockchain technology right for the Pacific?

Is Blockchain right for me?

During our research for the FAO study we came across this useful decision tree from research and advisory company, Gartner. It helps to put things into perspective when considering a Distributed Ledger Technology (DLT), of which blockchain is just one.

If you think a blockchain is just like any other database, then think again because it isn’t. Its use is applicable to certain use cases and there are pros and cons to using it. If what you need is a speedy, high-volume transaction processing system then a blockchain is not your solution. However, if you need to track the provenance of a physical asset as it passes through multiple hands and countries then perhaps blockchain could be a solution.

In the Pacific it’s important to consider the availability of supporting infrastructure for technologies like blockchain and the people needed to ensure that it works as intended. Power disruptions are not an uncommon feature in many Pacific Island countries. Access to affordable, reliable, and fast Internet connectivity is another fact of life in the islands – it’s hardly the case where you will get all 3 of those things.

Against that backdrop let’s consider some of the current uses of blockchain in the Pacific.

In February 2018, the Republic of the Marshall Islands legislated their national digital currency – the Sovereign (SOV), which will be built on blockchain technology.

According to a Bloomberg news report this was done for several reasons including mitigating the dependence on the sole banking link to the country and the reliance on the US dollar and raising a projected $300 million through an Initial Coin Offering (ICO) sale. The announcement of their SOV was met with hesitance from the US Treasury and the IMF with much of their fears based on risks with money laundering and terrorism financing.

Having worked regularly in Majuro, the capital of the Marshall Islands, over the last few years it isn’t clear to me how the ordinary Marshallese citizen will benefit from the SOV. For it to be useful everyday it would have to be recognized and accepted as a form of payment for goods and services. While this may eventually be possible nationally with the appropriate infrastructure in place however it is not clear how this will work internationally.

I’ve said this before – the Marshall Islands are pioneers in this space and are in unchartered waters with the SOV. Whether it is successful, or not, the lessons from their experience would make a good cast study for other Pacific Islands considering the same path.

A blockchain trial in Vanuatu. Photo by: Oxfam Australia

Earlier this year the international aid NGO, Oxfam, announced its Unblocked Cash pilot which involved the use of blockchain technology in disaster financial disbursement and helping facilitate trade in affected communities’ post-disaster.

This has been in the pipeline for almost 2 years and it’s good to see a project get off the ground that tries to help address problems faced after a natural disaster; something that we’re all too familiar with in the Pacific. There’s a good description of the project and the trial in this article on Cointelegraph.

This is an interesting project that could be beneficial in the Pacific and it would be interesting to see its application in real post-disaster scenarios where access to the financial infrastructure is non-existent. Like all the other projects it relies on access to electricity, Internet connectivity, mobile devices, and the ability of people to use the devices and apps.

In Part 2 of this series, I’ll discuss several more blockchain use cases in the Pacific and how they fare when we apply the Gartner decision tree to each use case. I’ll also look at some conditions that need to be in place to use a technology like blockchain effectively.